Rebuilt in 1420 with later Tudor additions, some of the cellars at The Mermaid Inn survived from 1156 and contribute to its Grade II listed status; and the ghosts- if we knock it down, where will they live? 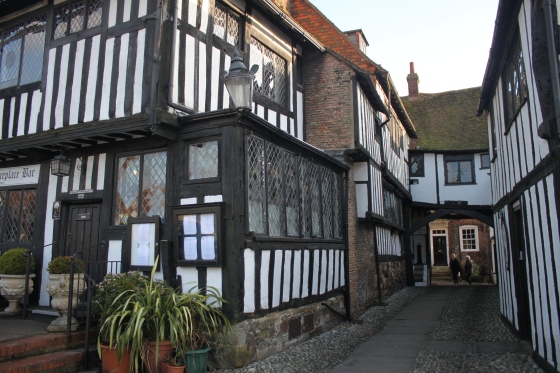 But Ozzy-cyp is outraged that elevators weren’t invented and properly installed into building codes 600 years ago:

and thus promptly gave them a ‘terrible’ rating on Tripadvisor. One can only imagine her indignation upon discovering that no actual mermaids have stayed here. 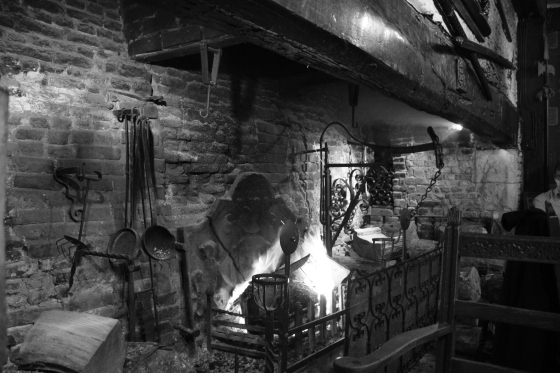 The Giants Fireplace Bar is dominated by a hearth the size of a spacious Upper East Side studio apartment. It’s beautiful. You can find this room via a secret passage too- so secret I never noticed it.

Some of the medieval artwork comes from the renowned Slade School of Fine Art, Bloomsbury. Maybe even this one: 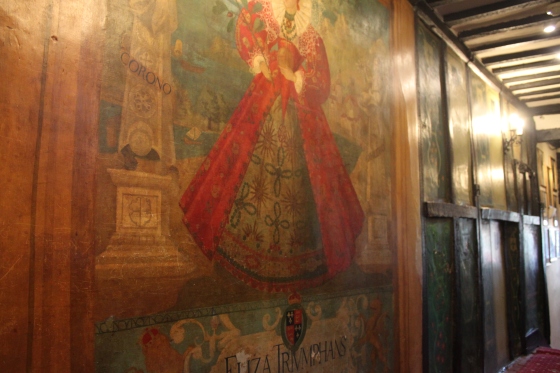 The Mermaid Inn was a notable alehouse in medieval times and served beer brewed on site to sailors, Rye being a member of the Confederation of Cinque Ports. Catholic Priests fleeing the Reformation in Continental Europe stayed in the 1500s; Elizabeth I was a guest and a group of notorious smugglers known as the Hawkhurst Gang called The Mermaid Inn their local in the 1700s. In the 1800s it was privately owned (selfish bastard), functioned as a club for artists in the early 20th century (including Oscar Wildes’ “Bosie”), and during the Second World War it was commandeered as a garrison for Canadian soldiers. So, some history.

One more of that fireplace:

Small range with a few bottles, but well kept and where else can you drink with the ghosts of the Hawkhurst Gang?

Just look at that fireplace.